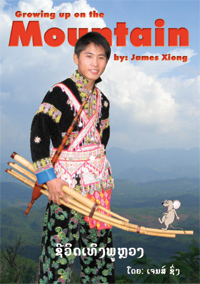 Growing Up on the Mountain

James was born in a Hmong village, high on a mountain in Laos. As a young child, he spent an hour every day carrying water up from the spring below the village. He also helped with farming, went to school, and built a tricycle for exciting rides down the hill.

As a teenager, he moved to Luang Prabang so he could attend high school. He learned English, worked part-time, and in his spare time, he and his brother built a new house for their parents. We thought the story of his life so far (age 17) was both interesting and inspiring; you will, too.