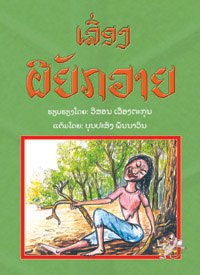 While wandering in the forest, a brother and sister are captured by an evil witch who plans to eat them. She hauls them to her home but they trick her, by giving her a stick when tries to grab the girl's wrist. Then they escape. But their troubles aren't over...

With notable similaries to the western fairy tale Hansel and Gretel, this classic Lao folktale is a favorite with both children and adults.