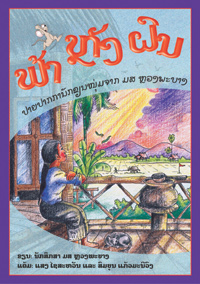 When we invited students at Souphanouvong University to write personal essays about their lives, it was often the first time they had written and reflected so openly about many issues central to their lives.

This collection includes a story by a student whose parents fought too much, and how the student helped them reconcile; a young woman who went to the city to study and forgot about her mother, to her later regret; a father who made his young daughter drop out of school and get married, but she became pregnant at too young an age and died; and another student who struggled to stay in school so she could help her family.