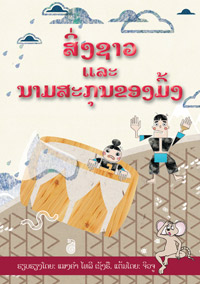 How Hmong People Got Their Names

Many years ago, humans fought too much. This made the gods angry, so they flooded the earth. Only two people survived, a man and one woman.

They did not know how to procreate, so the gods told them. The woman became pregnant and laid an enormous egg. They cut the egg into pieces, and spread it around the earth. Each piece gave birth to one group of Hmong, and today, these clans have names which derived from where their piece of the egg was placed.