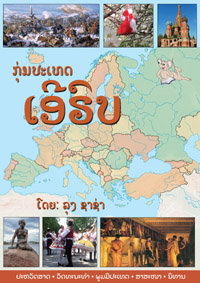 Developing countries have much to learn from the successes and failures of other countries. This book gives an overview of the history, culture, geography and modern affairs of 54 countries that lie, in whole or in part, in Europe.

Rather than overwhelming readers with details of wars and conquests, the text looks in more depth at one or several subjects for each country: The spread of English from one island to become a world language; the causes of the housing crisis in Spain; and how Finland became a world leader in education.