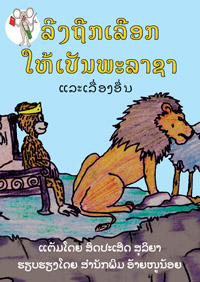 The Monkey is Elected to be King of the Animals

The animals of the forest had a meeting. The monkey did a funny dance, so they elected him to be king. But soon they discovered, to their dismay, that the monkey was simply a foolish creature that liked to dance...

Aesop told this tale more than 2,000 years ago, and perhaps it still has relevance today. This book, in our ongoing series from Aesop, contains it and a second fable.