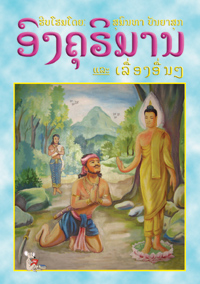 The name Ongkhuriman means "The Finger Thief." Ongkhuriman was a kind and clever boy who loved animals. But in school, other students grew jealous. They made his teacher trick Ongkhuriman into killing 1,000 people. To keep a record of his kills, Ongkhuriman cut off a finger from each victim. But this is a Buddhist morality fable; it ends with a moral, and an appearance of the Buddha.

The story of Ongkhuriman is retold here, along with four other traditional Buddhist stories that have been popular for many centuries.