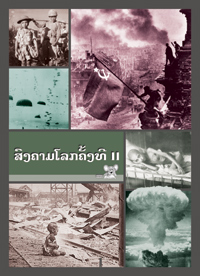 Although it's for older readers, this book is a key part of our primary school reading program. It's a book for teachers to read, during the daily "Sustained Silent Reading" period. In doing so, the teachers set an example of reading. Teachers also discover that reading can be both enjoyable and educational. That's something westerners take for granted, but which they never experienced while growing up in Laos.